IWMW 2018: Feedback on the Social Activities 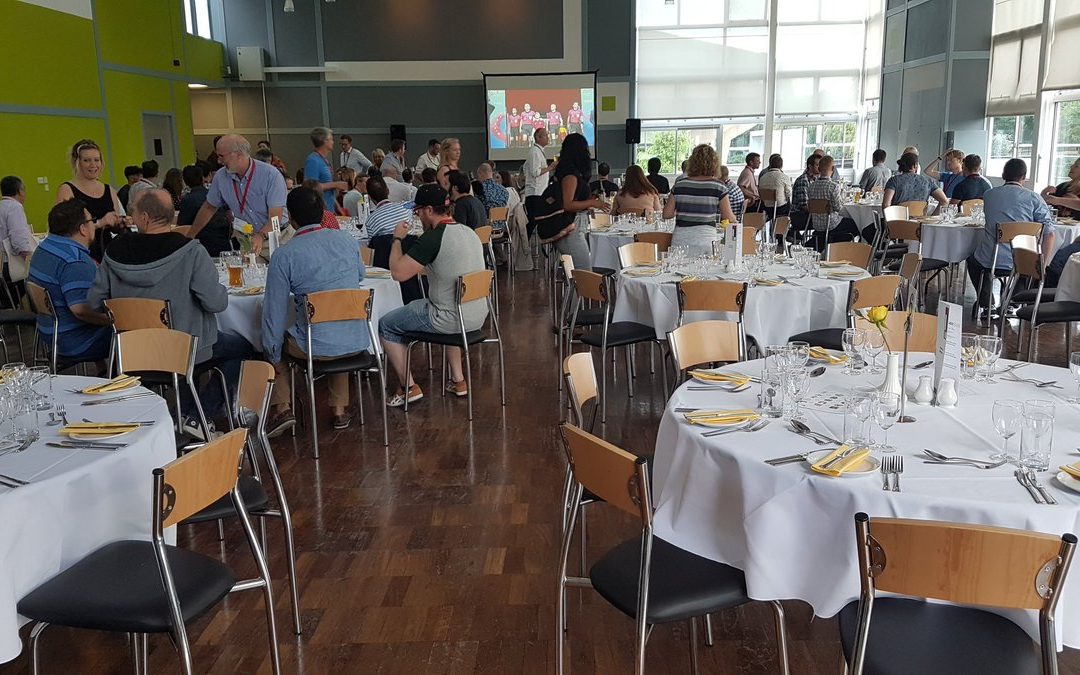 The social dimension of IWMW events has always been regarded as an important aspect for developing and supporting the institutional web management community and this year was no exception. The main events we had planned were the event dinner on the first evening and a barbecue on the second evening, with various additional activities taking place during the event. But in addition to the planned social activities the England football team playing in the World Cup semi-final at the same time as the conference dinner provided an unexpected challenge!

A summary of the feedback we received is given below.

Comments about the social activities included:

Comments about the conference dinner included:

Comments about the barbecue included:

As mentioned earlier England’s unexpected success at the World Cup which led to their appearance in the semi-final caused some last-minute panic for the event organisers! An influx of emails asking what plans there were for watching the match confirmed our suspicions that we would need to make an effort to provide viewing opportunities during the game, despite our original plans the entire the meal provided networking opportunities for delegates.

All the comments which contained a reference to football are given below. As can be seen the majority welcomed the decision we made:

with a number of comments appreciative of the difficulties we faced:

although a couple of comments were critical of the decision we made:

There were also comments which were critical of certain aspects of the social events and of the accommodation which we will pass on to the University of York conference office.