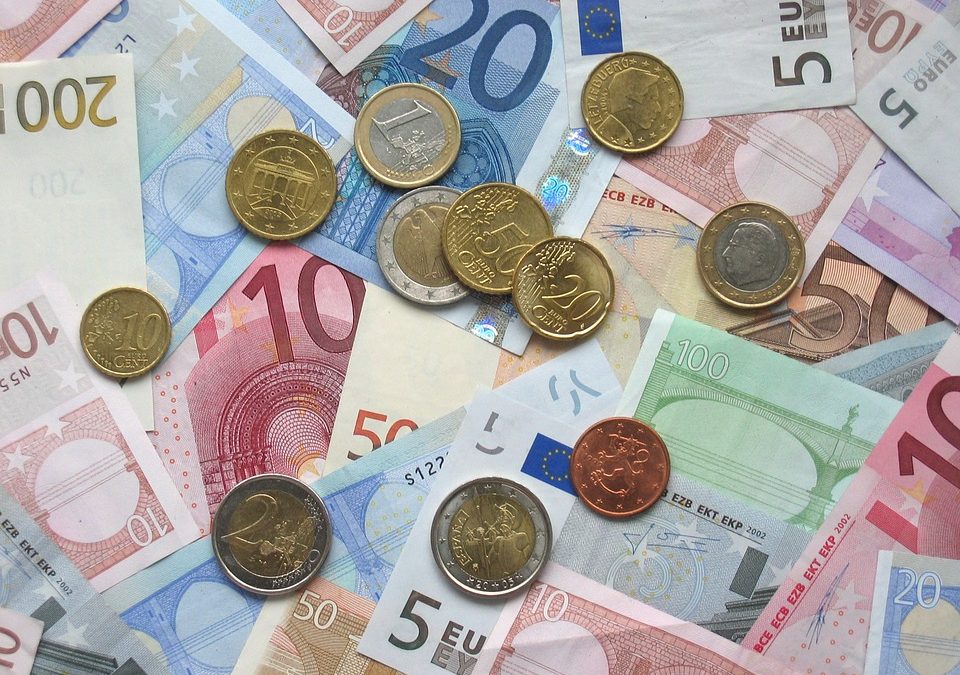 Today’s ‘interesting times’ means that, for researchers, the researcher and the their research outputs are ‘the product’ suggests Nick Sheppard in today’s guest post. Although “marketing” may be a dirty word for some, research outputs have value as well as a cost and it is incumbent upon the sector to focus on the value while reducing the cost and to move towards ever greater openness.

In 2012, UKCoRR chair Yvonne Budden suggested we were “Living in interesting times”. The Finch report had just been published and a new policy from RCUK expressed a “preference for immediate Open Access with the maximum opportunity for re‐use”. Finch had referred to a 5 year transition period to full open access which, if it seemed optimistic at the time, appears no less so half a decade later, not to mention the concomitant *rise* in profits in 2017 for the likes of Elsevier that some might have predicted would result from an emphasis on ‘gold’ over ‘green’ OA.

To describe our times today as “interesting” seems almost quaint. Brexit looms large and affordable access to research is but one of the challenges facing UK HE. Indeed, the weak pound and volatile exchange rate will inevitably impact upon both the cost of library subscription and Article Processing Charges for ‘gold’ (and hybrid) OA while our departure from the bloc potentially threatens both EU research funding for British Universities and the rights of EU nationals to live and work in the UK.

Meanwhile the Research Excellence Framework (REF) remains a bete noire for many academics who might regard the HEFCE requirement for repository deposit as yet another bureaucratic hurdle. OA has in any case been subverted by commercial publishers who bleed away RCUK funding to pay for ‘gold’ OA while the peer review system creaks at the seams – not to mention the irony of the free service academics provide to profit making publishers.

The disinterested thrust of neoliberalism is there too in the HE White Paper and the Teaching Excellence Framework (TEF), in spite of the Lords’ amendment to reject plans to link TEF results to tuition fees (THE March 6, 2017). HEFCE itself will likely be replaced with “a new regulator and updated regulatory system” (BIS, 2016) called the “Office for Students”. If it isn’t broken, so goes the maxim, don’t fix it. But what if it is broken? What then? Well for one thing the OfS will presumably take over implementing the recommendations of the Stern review. Or not…

And then there are the ubiquitous metrics that vie for attention in a crowded marketplace; Journal Impact Factor, though much maligned, still has the sector firmly under its sway while Elsevier consolidate their position with Scopus, SciVal and their new CiteScoreTM metrics.

Altmetrics too have their cheerleaders, increasingly tied in with both commercial publishing platforms and the broader information environment comprising traditional media as well as newer methods of research dissemination like blogs, Twitter, FaceBook and Mendeley (also owned by Elsevier), all knitted together, inscrutably, by Google.

You and Your Research Outputs are the Product

In this complex environment, universities are pitted against one another in reputation and prestige and face an inherent tension in their mission to educate their ‘customers’, to carry out research and disseminate knowledge across our market driven society while collaborating across disciplines – and borders – for the advancement of science and the Greater Good.

Institutional infrastructure – websites, repositories, blogs, social media – are very much part of this dissemination mission. It might be expected that in a fully ‘gold’ OA environment repositories lose their value but the main benefit of ‘gold’, aside from pretty type-setting, is that outputs are typically released under Creative Commons, making it easier to aggregate into an Institutional Repository or CRIS which empowers institutions to disseminate their own research and monitor altmetrics or COUNTER compliant repository downloads from IRUS-UK.

Such an approach might conceivably help the sector kick its addiction the the impact factor while leveraging article level metrics for the REF, as examined in The Metric Tide, an independent report in 2015. The authors describe a “widespread scepticism” around the use of quantitative metrics and conclude that while “it is not feasible to assess the quality of research impact using quantitative indicators alone there is nevertheless scope for enhancing the use of quantitative data” (Wilsdon, J., et al. 2015). However, technology develops apace and there is even the potential to develop more open, non-proprietary research metrics from aggregations of OA content like the Jisc supported CORE project at the Open University whose experimental technology ‘semantometrics’ is exploring how to leverage text-mining for full-text based research evaluation (Herrmannova, Knoth 2016).

Five years on from the Finch report, the academy might well be stealing from Peter to pay Paul, to disseminate rather than access its own research, yet there is an impetus for change, through the consortia model of OA offered by the Open Library of the Humanities and a resurgence in the University Press, with high profile examples from UCL and the White Rose Consortium. Notably also the UK Scholarly Communication Licence (UK-SCL) (Banks, 2016), led by Imperial College London and inspired by the OA policy at Harvard.

As discussed by Elizabeth Gadd, having long claimed IPR for patents and teaching materials, it is only comparatively recently that universities are “finally waking up to the value of copyright” (Gadd, 2017). The UK-SCL aims to enable researchers to grant their institution a non-exclusive licence to their work which will take precedence over any subsequent contract with a publisher and permit them to ‘self-archive’ the accepted manuscript in an institutional repository under Creative Commons and with no embargo. A repository is also an ideal home for grey literature and research data, where IPR is more likely to be retained by universities which are increasingly using DataCite to mint DOIs for this type of content, ensuring persistence and enabling traditional and alternative metrics. Research data, openly accessible where possible, also contributes to the reproducibility of research and represents a mechanism for scientists to present negative results which has historically fallen outside the commercial purview of academic publishers.

In recent years, the principles of open science have underpinned a great deal of development across the sector, in the transparency of the research process and the dissemination of research outputs, to begin eroding the ivory tower. With its worldly connotations of commerce, “marketing” can be a dirty word for academics and idealists yet the research output, our product, has both a cost and a value and it is incumbent upon us to focus on the value while reducing the cost and to move towards ever greater openness, even while our borders might be closing.

Nick Sheppard has worked in scholarly communications for 10 years, joining the University of Leeds as a Research Data Management Advisor in December 2016. Previously he was Research Services Advisor at Leeds Beckett University and also serves as Technical Officer for the UK Council of Research Repositories.

Nick is interested in effective dissemination of research through sustainable models of open access, including underlying data, and potential synergies with open education and Open Educational Resources (OER), particularly underlying technology, software and interoperability of systems.