Guest Post: It’s the End of My Career as I Know it (And I Feel Fine) 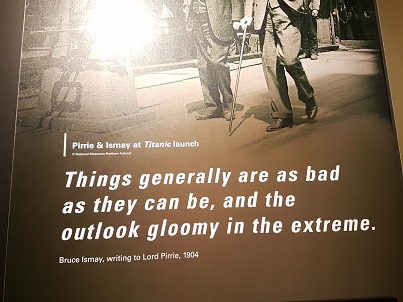 The IWMW blog was launched last year to celebrate the 20th anniversary of the IWMW event. As announced recently, the blog is being relaunched in the run-up to the IWMW 2017 event. This year we are inviting guest posts which relate to the IWMW 2017 theme “It’s The End Of The Institution As We Know It (And We Feel Fine)“.

The re-launch begins with a guest post by Claire Gibbons. Claire is co-chair of the IWMW 2017 event and, as she describes in this post, is now a self-employed consultant after working for many years at the University of Bradford. It is particularly timely to publish this post today, on International Women’s Day.

It’s the End of My Career as I Know it; and I Feel Fine

Last year I reflected on my many years attending IWMW events, starting off as a wee 20 something, in the year when Pulp said we should all be there, 2 o’clock by the fountain down the road.  It was almost a year to the day that my blog post was published and I was in a somewhat chipper mood, thinking about all the IWMW events that I had been to and how I had gained so much knowledge, experience, and so many professional relationships, and friendships, all from these annual jaunts to a different University for three days each summer.

And then IWMW 2016 turned out to be one of the most significant yet.

I was going through a restructure at the time and, like many others, my future at my then institution was very uncertain.  I spoke to many people about their experiences, be they current or previous, and the support, encouragement, and all-round boost that I got, left me positively floating away from Liverpool, positive and excited about what might come next.

But what a difference a fortnight makes.

Two weeks after the event I made a decision to leave the University, and by 1 August I was unemployed.  And a bit miserable!  This quote from the Titanic exhibition in Liverpool last year started to ring true…

“Things generally are as bad as they can be, and the
outlook gloomy in the extreme.”
Bruce Ismay, writing to Lord Pirrie, 1904

However, rather than this be a ‘woe is me’ sob story, my story fits well with this year’s theme of ‘significant changes’ and how institutions are responding to such changes.  Because institutions are made up of people, and so it is the people that may need to change, and by change that may mean go elsewhere.

But we also need to be confident, resilient, aware of the environments in which we are operating, and constantly developing our skills and knowledge to be at the forefront of what we do.

This time last year I went skiing for the first time (bear with me!), and, basically, I was a bit rubbish for the first few days.  I was on my backside more than I was gliding down the piste, and I was frequently overtaken by hordes of four years old, gracefully zig-zagging their way down the slopes.  But, and I didn’t really realise this until it was commented on in the bar after a pretty horrendous first day – I didn’t give up.  I was more resilient than I thought, and possessed a stronger will than I realised.

And that is just part of what has gotten me through the last 9 months or so.

The support that I got from the community – that’s you lot – as well as family and friends, kept me confident, upbeat and able to not lose faith in my abilities; the potential to spiral downwards when significant change happens is very real, as any manager supporting their staff through significant change will know.

We are often called the ‘Web (and Digital) Community’ and that seems to fit nicely.  One definition of ‘community’ is “similar character; agreement; identity” – there’s definitely some characters, but we don’t always agree, however, we’ve got our fair share of dark-rimmed specs, so that makes sense.

What’s more important is the sense of community, and the ‘looking out for each other’ aspect of how we are all working together, even though we’re often separated by miles.  And isn’t that the beauty of digital in a nutshell?

So how can we continue to go from strength to strength?

If you are new to IWMW – get stuck in!  Don’t be shy.  Share your own experiences, however recent and new they may be.  Meet new people and get all you can from them!

As a community (of practice) we must continue to share our knowledge and soak up that of others.  My first consultancy work was writing a number of blog posts for the TerminalFour blog.  All the topics were my idea, based on what I felt the community could do with a hand with – largely because I did!  Read, learn, blog, share.

I refer to last year’s post and how important ‘collaboration’ is.  Work with others for the greater good. Claire Gibbons has been involved in IWMW since her very first conference in 2000, where the millennium bug failed to bite! Claire’s general mantra in life is ‘user first’ especially across all aspects of the student journey, and has presented and run workshops at many past IWMW events as well as been a member of the Advisory Group in 2015 and 2016. Claire is now a freelance consultant, working across HE and other sectors (currently) on content marketing, web and digital improvement projects and digital governance audits and strategies.  In order to support the long-term sustainability of the IWMW event this year Claire is co-chair of the IWMW 2017 advisory group and the IWMW 2017 event.