How Many Speakers Have There Been At IWMW Events? 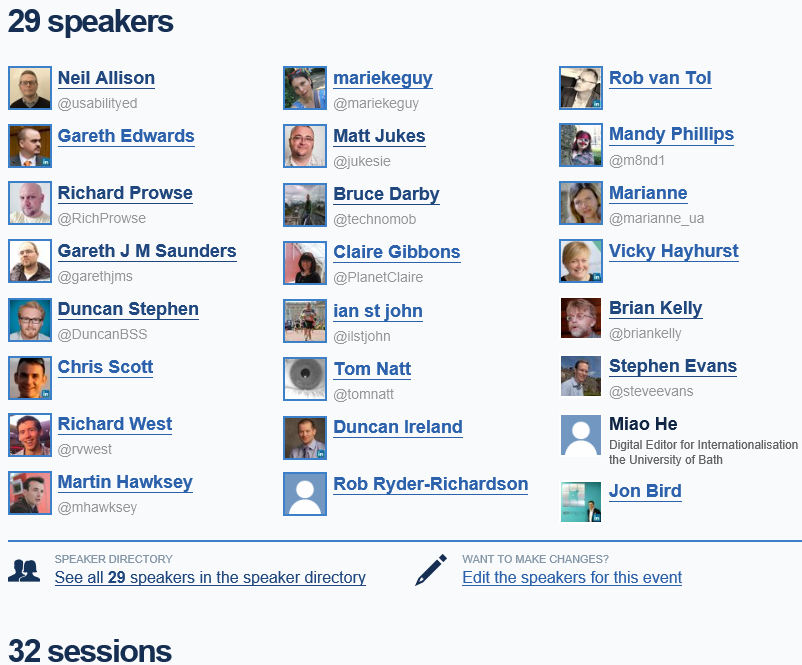 In the first of a number of posts which look into the 20 year history of IWMW events Brian Kelly answers the question “How many speakers have there been at IWMW events?”

How Many Speakers Have There Been At IWMW Events?

It would appear to be a relatively simple task to count the number of speakers over the 20-year span of an event. However there will first need to be a definition of the term ‘speaker‘. For the IWMW event series the term covers both plenary speakers and facilitators of workshop sessions. It does not generally include chairs of sessions or people reporting back on sessions.

However gathering this information may lead to inconsistencies and errors (in cases, for example, where previously announced speakers did not appear at the event or new speakers were added and the records were not updated accordingly).

The IWMW web sites are now split across two domains (iwmw.ac.uk and iwmw.org) and have a number of different structures which has been used over the past 20 years. In order to simplify the gathering of information the IWMW guide on the Lanyrd.com service was been used (NOTE now discontinued due to cessation of Lanyrd service).

The findings are given in the following table. Note all IWMW events have lasted over 3 days apart from IWMW 1997 and IWMW 2011, which took place over 2 days. As can be seen there have been a total of 621 speakers, with IWMW 2010 featuring the largest number of speakers (42, as illustrated in the screen shot).