The Ebb and Flow of IWMW 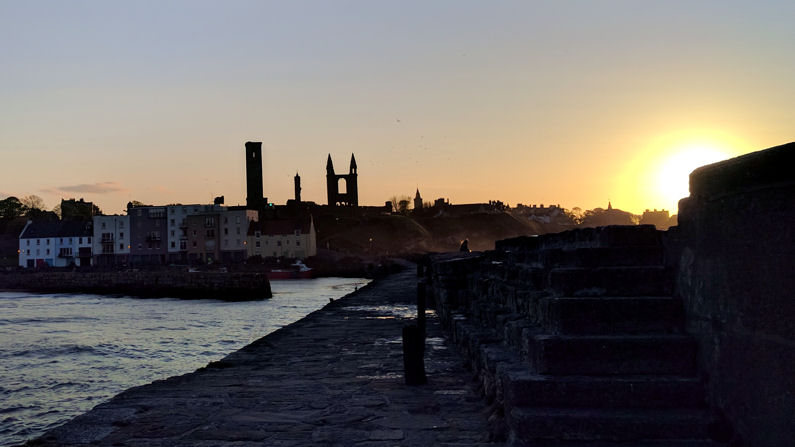 The Ebb and Flow of IWMW

In May 2006 I made that seamless transition from Anglican parish priest to university information architect — it’s the old story: there comes a point in every priest’s life when he (or she) comes to a fork in the road of their career. Down one road lies becoming a bishop, down the other lies information architecture and website management. I think it’s clear by now which path I took. And so I moved from my rectory in Edinburgh to an office in the snigger-worthy Butts Wynd in the ancient and windswept seaside town of St Andrews.

Three weeks later I was back in Edinburgh for WWW 2006, the 15th international world wide web conference. The tickets were fiendishly expensive so I chose to attend only on the Wednesday where I marvelled at Brian Suda speaking about microformats, chatted with Shawn Henry about accesskey attributes, and Tim Berners-Lee touched my leg. With his leg. As he pushed past me. But it still counts! I’ve checked.

At lunchtime that day in the depths of the Edinburgh International Conference Centre I somehow found myself chatting to a fascinatingly enthusiastic chap who appeared to me to be somewhere between an endearingly mad professor and a rather dapper scarecrow. Brian Kelly — for it was he — told me about the IWMW conference and encouraged me to attend. I was already booked but was delighted to have met the organiser. He seemed so friendly, and rather charmingly remembered me when I finally rolled up in Bath after travelling almost the full length of this island. I felt included and that I belonged.

Liverpool will be my 8th IWMW conference in my 10 years working at St Andrews, and what a journey we’ve had. In 2006 we were told that quality mattered, in 2007 we considered what the next steps for the web management community might be, which led the following year into a great debate. I’m not quite sure what happened in 2009 in Essex because a) I didn’t attend, b) it didn’t have an overall title, and c) the following year in Sheffield we were told that the web was in turbulent times. Essex… what happened?! In 2011 we responded to change, embedded innovation in Edinburgh in 2012, and in 2013 lay in the Bath asking “what next?” Clearly a reboot was required because at IWMW 2.014 (sic) in Northumbria that’s exactly what we looked at. Then at the cutting edge (hill) in 2015 we digitally transformed. Like in the Matrix, or something. This year it’s more change, a touch of service delivery and understanding what our users need.

It has been a fascinating journey, particularly when mapped against the changes we’ve had to accommodate in the ever changing landscape of web technologies: the progress of web standards (IE6 hell is a long distant memory); the move to HTML5 and CSS3, and the debates about native vs app; the increase of both smaller mobile devices and larger desktop monitors that has lead to the need for responsive designs; the increased focus on user-needs usability, content strategy and Agile project management methodologies. And IWMW has run alongside these changes and allowed us to offer commentary, as we have ebbed and flowed between seeing these changes as both threats and opportunities.

IWMW for me is much more than a conference, it’s a community. And it’s a privilege to be a part of this community. Thank you.

[Editor’s note, Gareth will give a plenary talk on “Establishing Digital at the Heart of the University” at the IWMW 2016 event].

Gareth Saunders is the web architect within the digital communications team at the University of St Andrews.

When he joined the team in 2006 his focus was on information architecture and front-end development. At the Scotland on Rails conference in 2008 he was introduced to Agile and had an epiphany. Gareth is now a DSDM AgilePM practitioner and business analyst and spends most of his time moving cards around Trello, writing status reports, and welcoming changing requirements, even late in development.

And if that’s not enough to be getting on with, out of office hours Gareth is warden to Agnes Blackadder Hall in St Andrews, offering pastoral care to 530 students.