The Life and Times of the Scottish Web Folk Regional Group 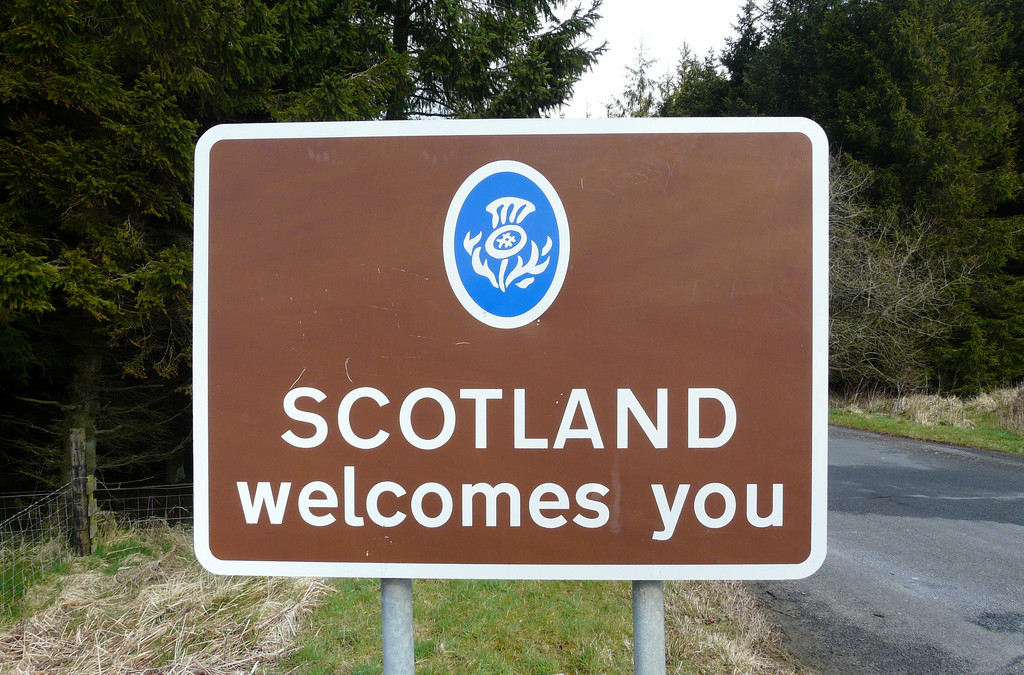 Duncan Ireland first went to IWMW in 2003 and hasn’t missed an event since. Only a handful of months into his first HE web job with the University of Strathclyde (having just missed the 2002 event there), he was to meet his future Director – Martin Wright – from the University of the Highlands and Islands and many other Scottish based staff there. The marathon train journey from Glasgow was to prove very worthwhile. (Colleagues at the event observed that it would have been faster, if not cheaper, to have flown to Paris and then taken the Chunnel back to Kent!). But rather than reflect ion IWMW events of the past, in this guest post Duncan describes the life and times of the Scottish Web Folk Regional Group.

The Life and Times of the Scottish Web Folk Regional Group

Others in this blog have given an excellent flavour of the IWMW events so there’s hopefully no need for me to add too much to this. Suffice to say I am a big fan.

At the University of Kent, I gradually got to know a  few faces and, in particular, sought out fellow Scots – it’s always good to have colleagues on hand as critical friends or simply as sympathetic ears. Even so early in my IWMW journey I was impressed with what was on offer and was sure there would be a smaller scale event or network in place locally or regionally. Conversations revealed that there wasn’t any such group but that everyone would value one. And so the seed was planted.

I returned to Glasgow enthused and set about trying to get in touch with web staff at Scottish Universities and Colleges – a lot of website trawling was required and typically only generic emails such as web@uni.ac.uk were found. The initial invite went out to 78 or so addresses of my memory isn’t failing me. Enough positive responses were received in due course that we began to meet. At one such meeting I was introduced to JISCMail so I decided a group on there would help with admin and so in 2004, https://www.jiscmail.ac.uk/scottishwebfolk was born. Being very much of the calling a spade a spade persuasion the selection of a name was intended to reflect an informal gathering of Scottish based web folk. Over time there’s only been one errant musician trying to join us. Of late, in a budget focussed world, there have been discussions around ‘professionalising’ the name as a few hosts have had trouble convincing budget holders to foot the room/coffee bill!

The recipe for the group has been kept simple over the year. Above all, it’s intended to be an informal, friendly forum for building our professional networks within our area. That said, we welcome any attendees so we’ve had ex-pats (Bill from York) and interlopers (Dean from Sunderland) in attendance and would welcome others in the future. Meetings are scheduled for a Friday afternoon to allow folk travelling to the meeting to get there and, if they wish, stay in the host city to catch up with friends or sightsee as the fancy takes them over the weekend. Equally, as the meetings close between 4 and 4.30pm, there’s time for most attendees to get home at an hour close to their normal finish from work.

The agenda is driven by hot topics, requests for expertise from the group, areas of specialisation, etc. Often we simply have discussion points to surface the shared knowledge of the group, sometimes we have short presentations from within our membership and sometimes longer ones from specialists, colleagues or commercial concerns. Many of us share the same technologies so technology specific standalone or pre-meetings have also been hosted over time. Coffee and biscuits are also key allowing time to network mid-meeting for those that are not able to drop into a local hostelry post-meeting.

We always intended the venue to be nomadic, but group preference means that the University of Strathclyde and the University of Edinburgh tend to host the most meetings due to their central locations and transport links. We don’t keep to a strict timeline – meetings happen as feels natural either 3 or 4 times a year. If numbers aren’t strong enough to drive the discussion based format, then we re-schedule.

The group’s greatest strength is shared with its parent – IWMW – our members. Their huge breadth and depth of experience. Their acceptance of all people, roles, experience levels, job titles and organisations. Their willingness to argue, challenge, support, cajole, sympathise, support, develop and learn. And above all, their willingness to share.

When you attend #IWMW20, find out if your area has a group and if not, you could be the catalyst for one. I’ll be happy to discuss it with you. Even happier if you bring some drams to fuel our chat. Duncan Ireland is responsible for leading a small team delivering the institutional website, social media and digital advertising at the University of the Highlands and Islands. They also provide a shared service, running 11 of the university’s 13 partner college websites on a common design and technology platform.

Image credits: Featured image (‘Scotland welcome you’) by Gregory Wake is available on Flickr under a CC-NC-SA licence.