Reflections on IWMW 2009 From the US 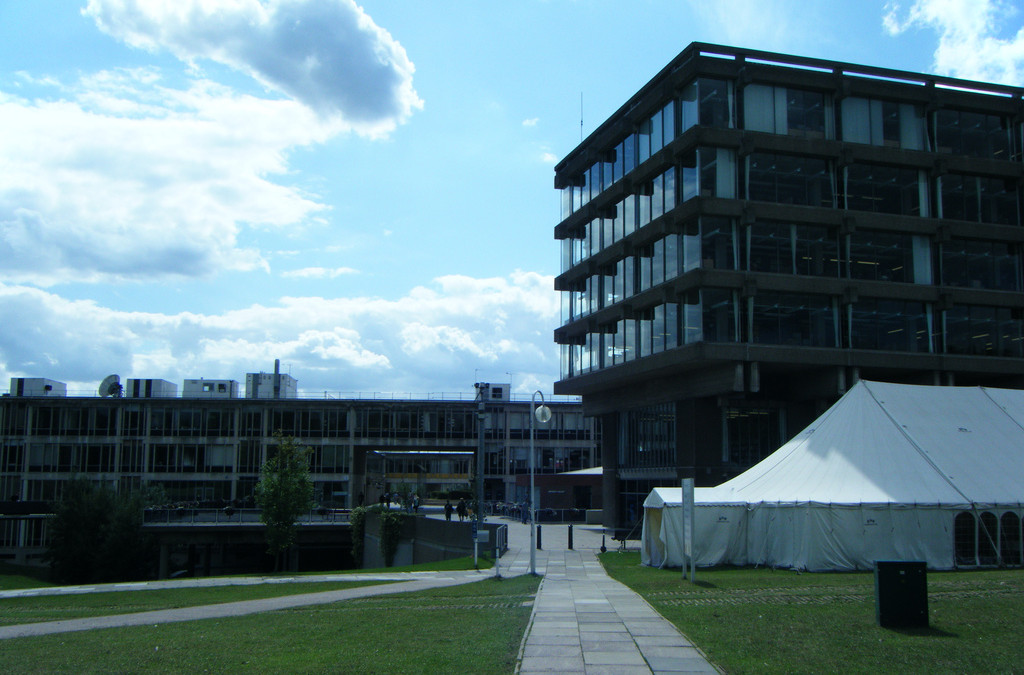 Although focussed primarily on the needs of web managers working in the UK’s higher and further education sector IWMW events have also attracted a number of participants from beyond the UK. In the first guest post from an speaker from overseas Mike Richwalsky provides his reflections on the IWMW 2009 event.

Reflections on IWMW 2009 From the US

I attended IWMW 2009 held at the University of Essex on 28th to 30th July 2009. While I’ve attended and presented at conferences around the US for many years, IWMW 2009 was my first overseas conference.

As someone who has worked for nearly 20 years in higher education web development in the United States, I saw IWMW as a chance to expand my horizons and see the similarities and differences in the higher education system in the UK.

I learned so much at IWMW. The sessions were extremely deep and the keynotes were informative. But what has really stuck with me were the people

The people I met at IWMW were really nice, and very open with their knowledge. Whether it was in plenary sessions or conversations at the pub, everyone was very collegial and open. It didn’t matter if the person worked at a small sixth form school or an Oxford college – they shared. They answered my questions – not just about technology but about British customs and slang. It was my pleasure to reciprocate that sharing by leading a session about the relatively new (at the time) world of Amazon Web Services and their new server on demand product. In a very nicely appointed classroom, a dozen or so folks launched cloud-based servers and it was gratifying to watch their reactions to this exciting path we were all heading down. [Note details of the session are available on the IWMW 2009 website and the slides are hosted on Slideshare].

They weren’t just generous with their thoughts and ideas – they were generous in their actions as well.

Brian Kelly, and I’m not just saying this because he asked me to write this, was very helpful in making sure I had made all the correct travel arrangements. Coming in a day early, and staying a few days after the conference, he invited me to also speak at some events he was leading, which was very generous of him. He even was nice enough to wake me up on the train from London to Essex when the travel finally caught up with me.

That first night in Essex, we ventured out for food and drinks, and while the Rose and Crown pub wasn’t serving food any more, Mike Nolan took it upon himself to seek out a nearby chippy and brought us back the best fish and chips I’ve ever had, before or since.

Steve Boneham was so nice to help this very jet-lagged newbie traveller score some much needed caffeine before my talk George Munroe and Christine Cahoon shared a delightful meal with us in Cardiff. There are so many great people I’m leaving out – Andrew Male, Simon Yeldon, Marieke Guy, Gemma Wilks, and many more.

David Harrison and Joe Nicholls, from Cardiff University, went above and beyond, letting me ride with them all way from Colchester to Cardiff, which was very nice of them and I’ll always appreciate their hospitality. Cardiff has become one of my favorite cities to visit and it all started from that first visit in 2009.

Adam Palin, who worked at Ashton Sixth Form College and now at Manchester Metropolitan University, attended my session on the cloud. We talked after, and that conversation led us to walk around the campus of the University of Essex talking about the web, technology, and our shared love of music.

We kept in touch after IWMW, and when I moved to a new University in 2010, I hired him to do some freelance work for my new school. That grew into us starting a consultancy in our spare time, and into several trips for each of us to each other’s country.

He travelled to the US to experience our Thanksgiving and Black Friday shopping first-hand. I travelled to the north of England one cold February to attend his wedding. I visited again in 2015 on the eve of the birth of his first child. I hope to be back later this summer for that child’s naming ceremony.

Without IWMW, I’d have never met so many amazing people, and I’d have never met Adam, who is now not only a business partner and colleague, but an amazing friend. For that, I will always be grateful for IWMW, and I have recommended it for not only my UK friends and colleagues, but for web and technology people in higher education in the USA looking to expand their knowledge and understand of global higher education.

Cheers, IWMW, on your twentieth anniversary. Mike Richwalsky is the Executive Director of Marketing and Creative Services at John Carroll University. As part of the Integrated Marketing and Communications (IMC) team, Mike serves as a member of the University Advancement leadership team responsible for the strategy, planning, and execution of comprehensive marketing, brand, creative, and web strategy to enhance John Carroll University’s reputation, relationships and resources.