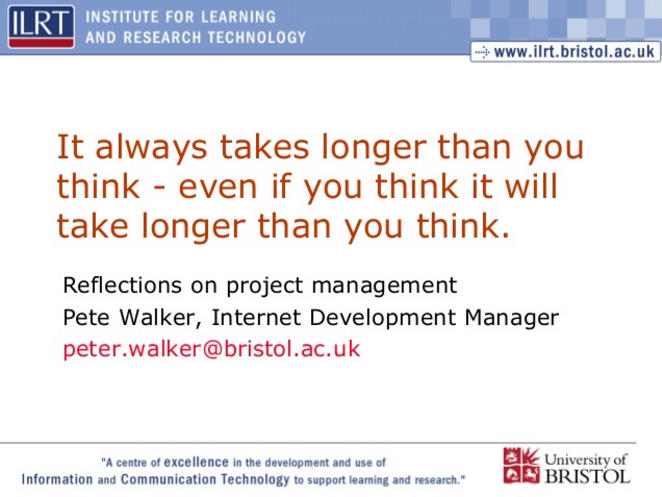 In her first guest post Marieke Guy summarised the eleven IWMW events she has attended. In this post she shares her top ten list of “crazy titles for sessions that facilitators [have] come up with“. This sounds like a great idea for further blog posts. If you have any ideas for other top ten lists associated with IWMW events, please get in touch.

In my previous post I mentioned the crazy titles for sessions that facilitators come up with. I wanted to share my top 10 with you!

Also special mention goes to the following titles which, although they didn’t make the top 10, made me smile!