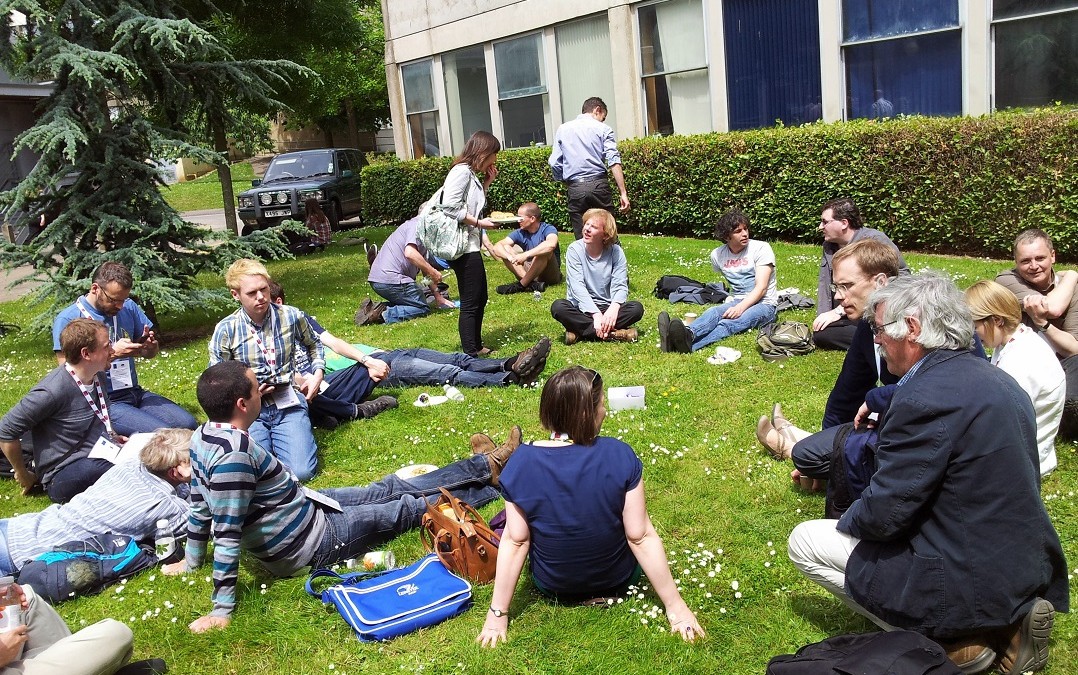 Claire Gibbons came to her first IWMW event in Bath in 2000, as a slightly scared new Web Officer in her twenties. In this guest post she looks back at her “love affair with IWMW“.

Cast your mind back. It’s late August. It’s the year 2000. The Future has arrived. The Millennium Bug is about to wipe out humanity in one fail, IT-related, swoop. I was in my twenties and the web was picking up speed in HE as being a valuable channel and one that should probably be invested in, both in terms of human resource and money-related budgets. I had been in my role as Web Officer for four months and was still finding my feet both in terms of what the web meant for HE, but also what my role meant in a University that wasn’t quite sure what it should be doing with this web thing. Then something happened that changed my life, even if just a little bit. A colleague was due to go to IWMW 2000, the Institutional Web Management Workshop which was being held in Bath, but was no longer able to go – could I go instead? Yikes. It was to be my first ever conference and I would surely be surrounded by loads of people who knew way more than me and I wouldn’t get on with anyone and I would be on my own and I would have a terrible time and I didn’t know where Bath was and I’d leave wishing I’d never got into this stupid web thing in the first place.

My experiences couldn’t have been further from that dread-ridden angst!

The Joined-Up Web was the theme and covered topics such as HERO (remember that? Probably not), the role of a CMS within a HEI, the adoption of a VLE, automated news feeds and much more, deep from the web archive.

My memories cover a mixture of nervousness at the start that soon dissipated as people kindly spoke to me throughout the sessions, and by the end of it I was being flung around a hall by my new friends at the “Ceilidh with late bar”.

I was hooked. This web-thing definitely had legs and I was excited to be part of it. IWMW had me at ‘welcome’. IWMW 2008 event was held at the University of Aberdeen

My love affair with IWMW continued through Organising Chaos, The Pervasive Web, Supporting our Users, Transforming the Organisation (where I ran my first parallel session with Joel Porter – good times!), Whose Website is it Anyway?, Quality Matters, Next Steps for the Web Management Community (where I jointly ran a parallel session on organisational culture), The Great Debate (where I jointly ran a parallel session on how change management and user input can impact on a CMS implementation), the one at Essex (where we told the final chapter in our CMS story), The Web in Turbulent Times, Responding to Change, Embedding Innovation (where I had the double-whammy pleasure of speaking about XCRi and the Cookie Monster) , What Next?, I missed Rebooting the Web (long story) and then joined the Advisory Group for Beyond Digital: Transforming the Institution (where I jointly ran a parallel session on iBeacons and the whole Bradford Web Team got to work with the Liverpool John Moores Web Team on one of the new Masterclasses).

So it’s been a long and eventful IWMW journey, thus far – not to mention a journey through a number of different haircuts, some better than others.

So why do I keep going back? It’s an opportunity in a very hectic calendar to stop (Hammer Time) and spend time with very like-minded people, but also those who are willing to be a critical friend, challenge and stretch you, as well as encourage and support you and your ideas. Web (and, dare I say, digital) professionals aren’t rare, but they can struggle in HE institutions where their ideas and innovations may be ahead of where an institution is willing to go at that time – and IWMW is an opportunity to collectively come up with ideas to overcome these potential barriers. I think of myself as a multi-layered professional – a web/digital expert who works in the Marketing arena in the Higher Education sector. IWMW enables you to explore and expand on all of these facets and you always leave with more than you arrived with – in many senses of the expression!  I have attended other conferences in the past – @Media way back when, DigiFest, T44U – and they all have their own place, but none covers as much in such a short space of time, and with such a broad range of professionals (and at such a cost-effective price!), as IWMW.

I have made actual friends, and not just met new peers, and the sense of camaraderie between us at the events is very strong – although I’m not sure that anything has topped the IWMW Theme Tune Innovation Competition Entry (watch at your peril!).

So, why should you get involved? What are the stand-out themes for me?

So, to this year. The Advisory Group has been beavering away for a couple of months and it’s a great team to be part of. There will be some new innovations and sessions, as ever, and Brian may get his way and have another Ceilidh, but don’t hold your breath.

Come along, get involved, run a session, sponsor the pens, network over a beer/biscuit, meet new people, share your experiences and you too will feel proud to be part of the IWMW family – in its 20th year.

See you in Liverpool. Claire Gibbons manages a small, but perfectly formed, team of web and digital professionals, as well as an even smaller Print Publications Team. Claire has overall responsibility for the University’s web presence and printed materials and has been involved in IWMW since her very first conference in 2000, where the millennium bug failed to bite! Claire’s general mantra in life is ‘user first’ especially across all aspects of the student journey, and has presented and run workshops at many past IWMW events as well as been a member of the Advisory Group in 2015.