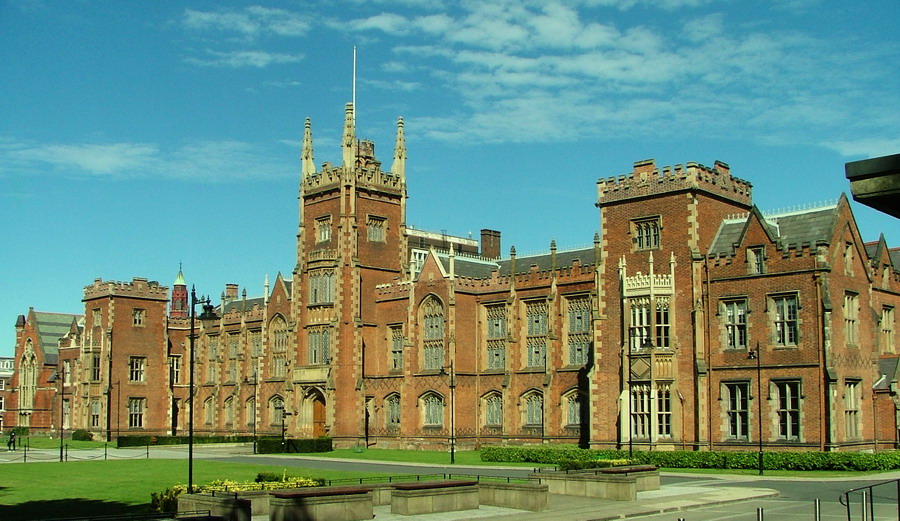 The IWMW 2001 event, the fifth in the series, was held at Queen’s University Belfast (QUB) on 25-27 June 2001. In this guest blog post Ricky Rankin, a member of the event organising committee and the local contact for the event, gives his reminisces of the vent held almost 15 years ago.

The inaugural IWMW event (held at King’s College London in 1997) could not have been more timely as I had just been made manager of the Computer Mediated Communications group within Information Services at Queen’s. This workshop allowed me to quickly get up to speed with the technologies so that I could almost understand what the techies were talking about.

Over the years it has been a great source of useful information and access to knowledgeable people – although I considered myself a competitive individual (in sport), I quickly learned not to compete with colleagues in the various taverns that were frequented over the years.

Following the 2000 IWMW event two members of staff returned and mentioned that Belfast had been suggested as the venue  for IWMW 2001 – any opportunity to put QUB on map accepted.

After a couple of weeks it appeared that there had been no progress from the QUB end. I then realised how easy, with the help of UKOLN, it is to organise the event, with three internal phone calls:

UKOLN then looked after the registration process.

Once confirmed that QUB was to be host then some entertainment and trips needed to be organised.

My main memories of the event were:

I enjoyed the event and was glad to be able to help. But I’d like to conclude these reminisces with a question: Is it not time that the event returned to Northern Ireland?

The following comments on the event were made: Ricky Rankin was a Principal Analyst within Information Services at Queen’s University Belfast from 1990 until his retirement/escape in December 2015. For a number of years from 1996 he was responsible for the Computer Mediated Communications group. Part of the early work of the group, as with many institutions, was to revamp the University web site. Working with colleagues from Teaching and Learning, Paddy Daly, a tender process led to the Terminal4 Site Manager CMS being installed.

Ricky attended many of the early IWMW workshops and co-presented a plenary talk on “Content Management – Buy or Build?” with Gareth McAleese, University of Ulster, at IWMW 2003. In subsequent years it was more beneficial to let techies who understood the technologies to attend.