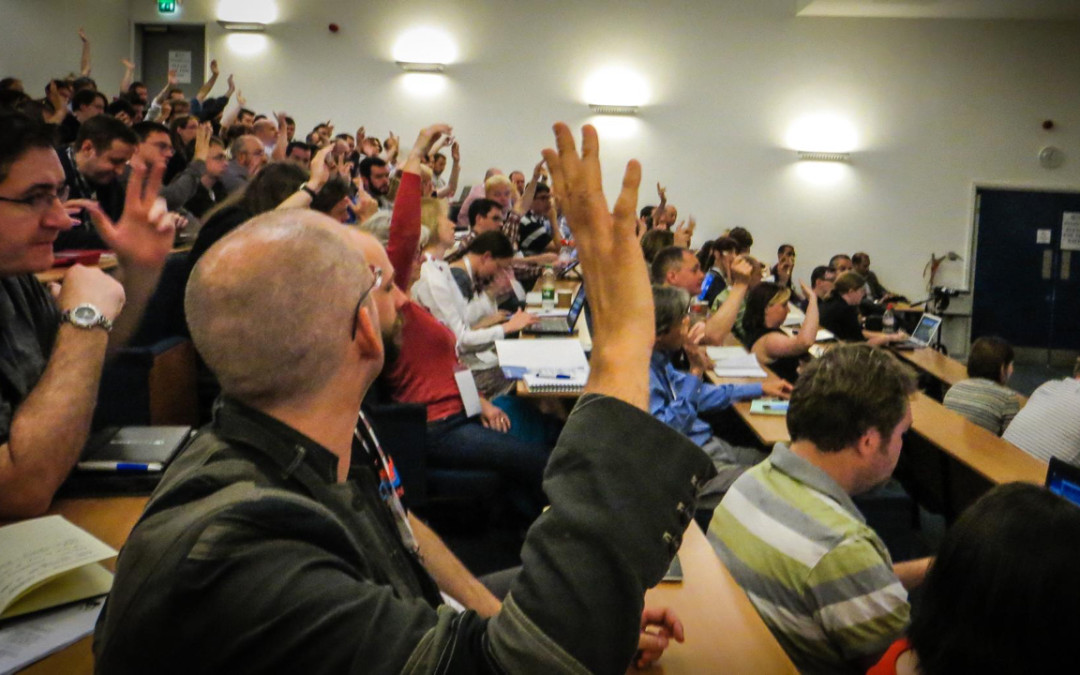 If you are a member of an institutional web management team, what events might be of interest, which can help you to develop your skills and enhance the quality of your institution’s Web service?

The following list summarises a number of national events provided by organisations which are part of or focus on support for the UK’s higher education sector directly, with details of recent or upcoming events and details of costs for attending the events.

The main event is the annual Institutional Web Management Workshop series, IWMW. The event was launched in 1997 and in 2016 will be celebrating its 20th anniversary. From 1997 to 2013 the event was hoisted by UKOLN, a Jisc-funded service based at the University of Bath. However following the cessation of Jisc funding and the subsequent demise of UKOLN, Brian Kelly, the founder of IWMW, is now continuing to provide the event. Further information is available on the IWMW web site, with information on the original IWMW events still available on the UKOLN web site. The IWMW 2015 event cost £390 which included 2 nights’ accommodation

The education charity, Jisc, organises events on various aspects related to IT, some of which may be of interest to web managers. Further information on events is available on the Jisc web site. The Jisc Digital Festival 2016 is free to attend although other events, such as Networkshop 44, costs around £484+VAT, which includes 2 nights’ accommodation.

Jisc also provide a number of network and technology courses, although these tend to focus on the more technical aspects of IT including security issues. The courses typically cost £250 for a day’s course or for participation in an online course.

UCISA, the Universities and Colleges Information Systems Association, also run regular events on aspects related to IT. The main UCISA annual conference lasts for three days. This year’s event, UCISA16, will take place in Manchester on 16-18 March 2016 and will cost £480 including 2 night’s accommodation.

In contrast with the technical focus of Jisc and UCISA events the AUA, the Association of University Administrators, events for higher education administration and management staff has less of a focus on IT. This year’s AUA Annual Conference and Exhibition will take place in Leeds on 21-23 March. The event costs £500, but this does not include accommodation.

ALT, the Association for Learning Technology, holds the annual ALT-C conference which focus on use of digital technologies to support e-learning. The ALT-C 2016 conference will be held at the University of Warwick on 6–8 September 2016. Although further information is not currently available the ALT-C 2015 conference cost £546 for attendance at the 3-day conference, but this did not include accommodation.

There will probably be other events which are relevant to those who work for institutional web teams, including regional events, events organised by suppliers of web technologies and events which focus on web managers and web developers in general, and not just within higher education. If you have any suggestions of events which may be of interest to members of the community please leave a comment.